Home > Story
Trentham Estate has a rich history that the Murphy family has proudly continued from one generation to the next, celebrating its 33rd birthday this year.

The Murphy family migrated to Australia from Ireland and were one of the first settlers to establish vineyards at Merbein, 15 kilometres west of Mildura.

The location of Trentham Estate was part of a large sheep station called ‘Trentham Cliffs’, settled by the Chanter family. 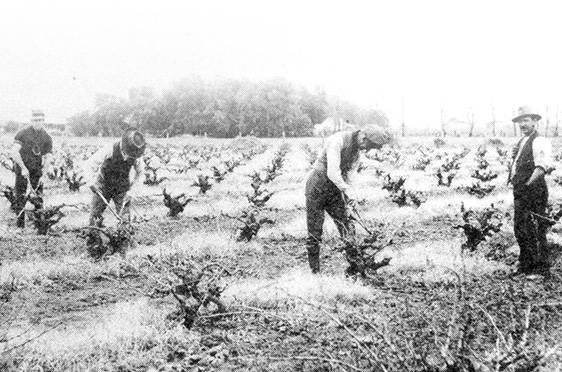 After the war the riverfront areas were developed into horticulture properties, and so began the settlement of Trentham Cliffs. 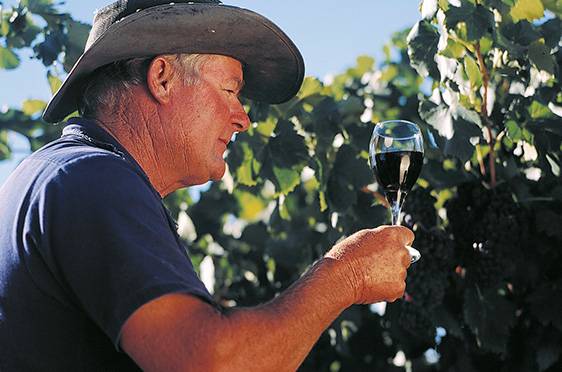 Some of the first Shiraz was planted at Trentham Cliffs – a handful of which remains the oldest vine on the Estate today. 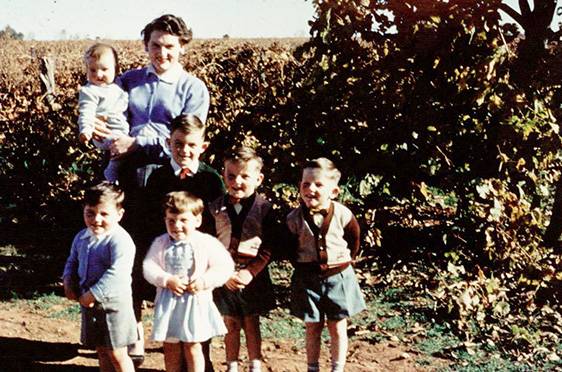 The Murphy family moved to Trentham Cliffs and redeveloped one of the properties.

Jack and Moya Murphy – parents of Anthony, Patrick and their 4 siblings, including two sets of twins – had been married for 8 years now

and established their farm which included plantings such as citrus, vegetables and grapes for fortified wines, later replanting to specialise in varietal grapes.

The vines flourished in the rich red loam over limestone soils, nurtured by water from the Murray River. 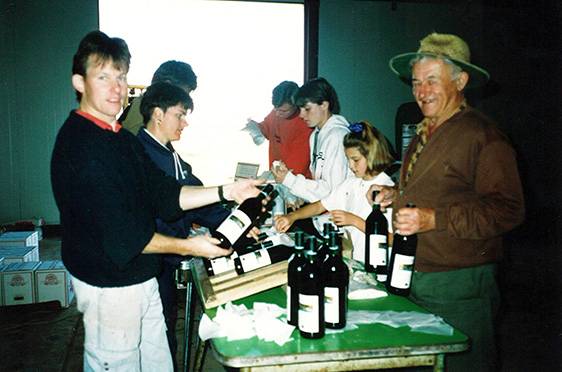 The first vintage was produced in 1984 using just 6 tonne of grapes. 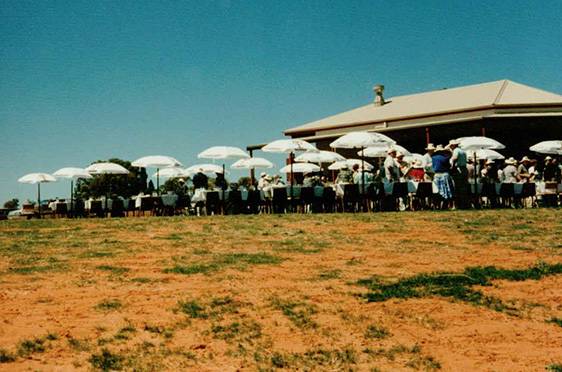 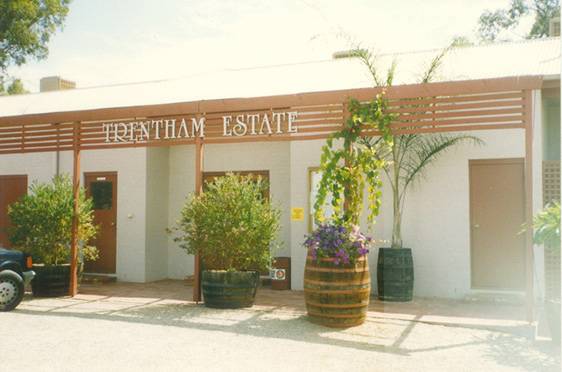 establishing Trentham Estate as a Winery, Cellar Door and Restaurant. 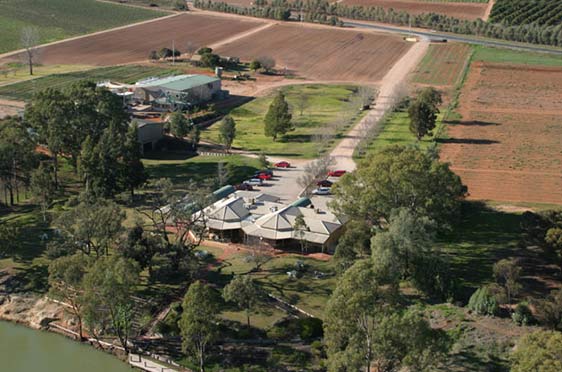 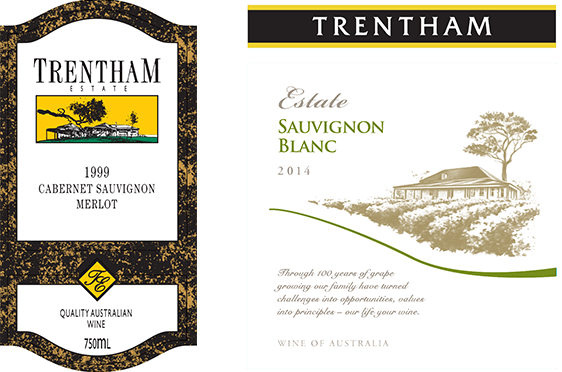 Trentham Estate celebrated its 10th anniversary along with its confirmed status as a top class restaurant of the Mildura region.

The iconic ‘House on the Hill’ labels were soon born and are still seen today on the traditional Estate range bottles. 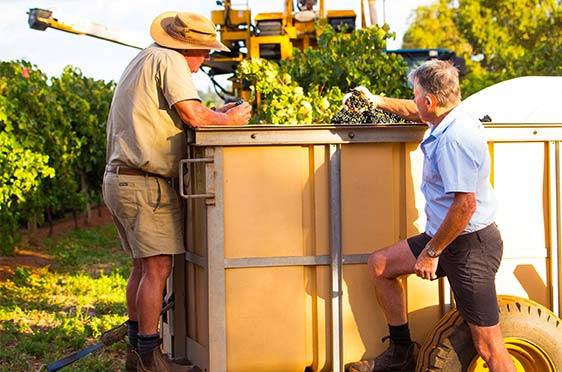 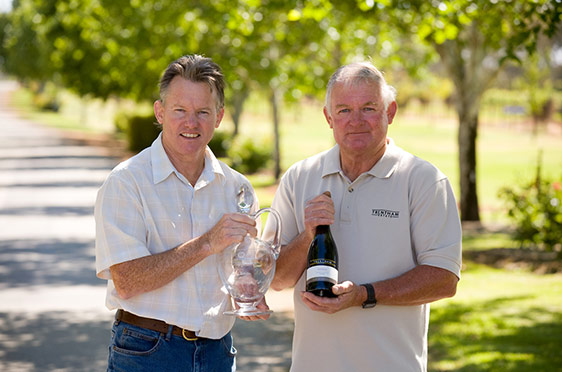 Winemaking and grape growing brothers Anthony and Patrick are nominated for the Gourmet Traveller WINE magazine’s prestigious Winemaker of the Year award in 2006,

and at the 2008 International Wine & Spirit Competition received the Trophy for Shiraz for the stunning 2005 Heathcote Shiraz.

The winery also achieved the world-standard HACCP certification, setting itself as a world-class leader within industry. 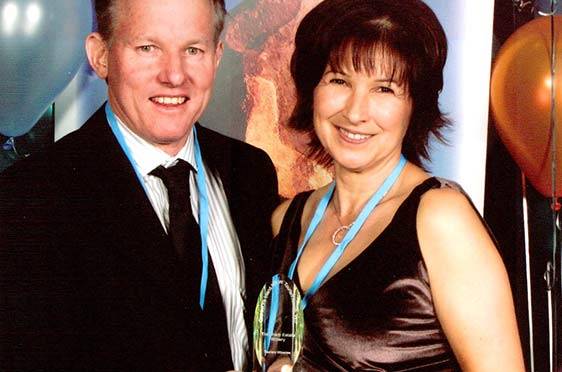 Winner of the Tourism Wineries category at the Inland New South Wales Tourism Awards for three consecutive years, Trentham was inducted into the Awards Hall of Fame in 2010. 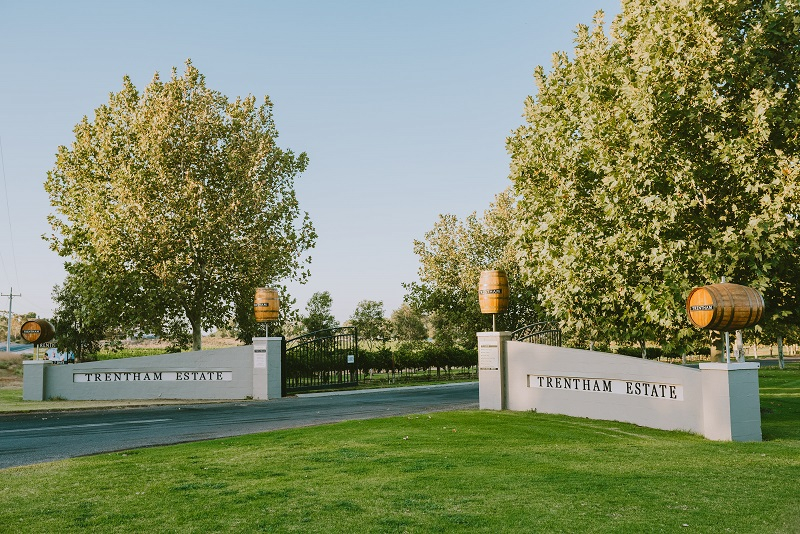 Today the Estate continues to produce highly commended wines, and the Cellar Door and Restaurant are regarded as an absolute must-visit for visitors to the Mildura region.

The Murphy Vineyards now comprise of 45 hectares under vine of various age. The winemaking facility has expanded from its first crush to a boutique sized, state-of-the-art feature handling some 5,000 tonnes of premium varietal fruit each vintage. The Cellar Door and Restaurant have developed into an impressive riverside destination where the tradition of quality food, wine and customer service continues as always.

Trentham is very proud of, and humbled by, the many awards and accolades it has collected over the journey – including hundreds of wine show medals, an impressive array of wine trophies, and various business awards.

At present, Trentham holds a strong position in both the domestic and international wine markets and looks forward in the near future to continuing to produce its quality varietal wines and welcoming many more visitors to its stunning location on the banks of the Murray. 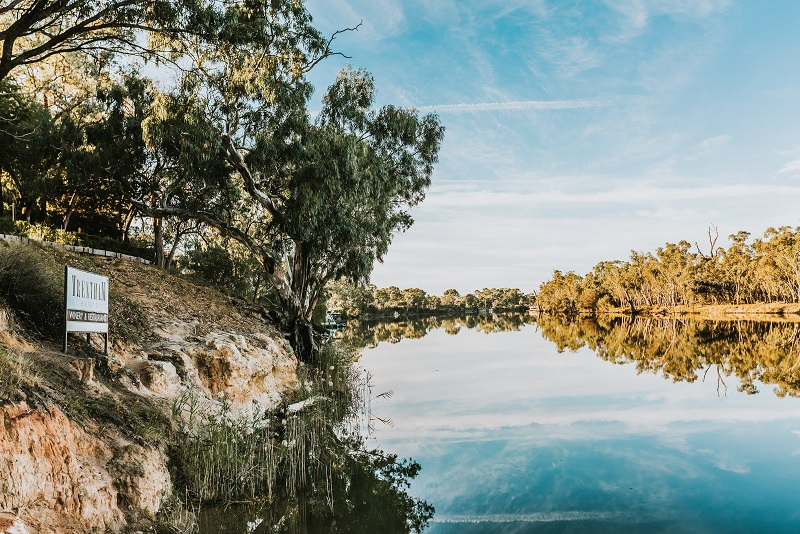